A brief history of the world's top perfume 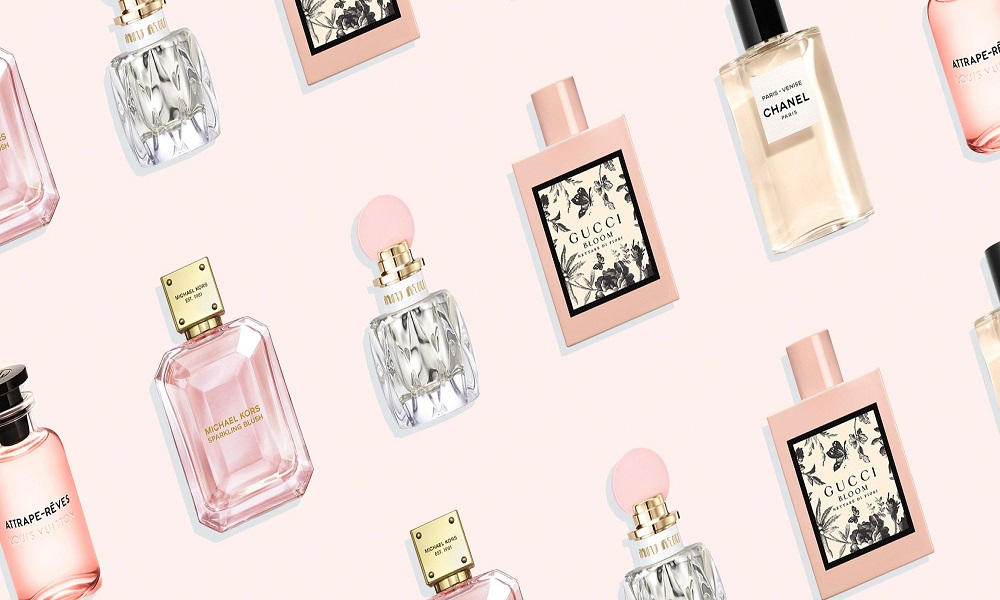 A brief history of the world's top perfume

The world of perfumes is awe-inspiring. It is interesting to know that the most prominent, luxurious and famous perfumery companies worldwide have started their activities in a different field and finally decided to produce perfumes and colognes to complete their brand products.

If you are a fan of perfume and cologne and want to know a short history of the world's top perfume brands, we recommend reading this article from the BayRock Vapo Perfume blog.

Burberry is one of the world's luxury companies that started its activity in 1856 by producing unique clothes and jewelry.

It is now one of the famous perfume brands. The British brand, which received the Royal Badge of Merit for clothing design, unveiled its first Burberry for Man in 1981 and has since dedicated a line to specific fragrances for women and men.

If someone loves luxury perfumes, they should have a bottle of Bulgari perfume on their dressing table. This Italian brand was established with the help of its Greek founder in 1884 and began its activity in the field of luxury jewelry.

Bvlgari, the leader of the entire jewelry market in the world for years, finally decided to produce its first attractive perfume called "Bvlgari Eau Parfume Eau de Vert" in 1992 once again to turn the world's attention to its unique Company.

Calvin Klein is an American brand that started its activities in fashion design in 1960 and quickly conquered the global markets of underwear, casual (informal) clothes and even fantasy perfumes.

Since 1997, this famous brand has added products such as watches and jewelry to its effects. Its first production perfume, Calvin, entered the market in 1981 and attracted the attention of many perfume fans.

Women's and men's series "CK One" and "Euphoria" were able to quickly find a special place for themselves among other popular perfumes and top colognes and make Calvin Klein a famous brand in the world's perfumery industry.

Chanel fashion house started its activity in fashion in 1910 under the management of Mrs. Gabrielle Chanel (known as Coco). It created a revolution in the industry of simple and beautiful clothing designs.

The first Chanel perfume, named "N5," was launched in 1921. The good smell of this perfume attracted many perfume fans.

After about 100 years have passed since the production of Chanel's first perfume, "N5" is still one of the best-selling perfumes and colognes in the world.

"Chanel Coco Mademoiselle" is one of the other perfumes of this brand, which has been at the top of the list of best-selling perfumes for many years.

From the beginning, Creed's only activity was exclusively perfumery. And today, he is proud of his 250-year history in this industry!

Creed perfume house started working as a royal and Luxury Company in 1760 in France and was able to attract the attention of many aristocrats, politicians, kings and royal families.

It is interesting to know that Creed produced the Royal English Leather perfume in 1781 with a leather scent at the request of George III since many royal families welcomed this French perfume.

Churchill and Kennedy were among the fans of Creed perfumes. Creed's "Love in White" fragrance, produced in 2005, was soon welcomed by famous people such as the wife of George Bush and Michelle Obama.

So, it became known as the perfume of the White House. "Aventus" and "Royal Oud" perfumes are other fragrant and luxurious perfumes of this brand that can remain at the top of luxury perfumes and among the best perfumes in the world for many years.

Dior is one of the top French brands that started its activity in the middle of the 20th century with the fashion industry. Soon, Dior was able to launch the Dior Perfumes Company to produce perfumes.

"Miss Dior" was unveiled as the first perfume of this brand in 1947. Dior perfumes, along with this brand's luxury clothes and cosmetics of this brand still have many fans worldwide.

When Christian Dior introduced his first perfume, he announced that "Miss Dior" was launched under this name in honor of his sister Katrina. Dior can be one of the choices as the best perfume brand for women.

Like many other Italian brands, Dolce and Gabbana started its activity with fashion. This luxury brand quickly stood out in the market by producing sexy and attractive clothes in 1985.

After that, it began to produce and introduce other clothes, glasses, jewelry and luxury perfumes under D&G.

The first D&G perfume was a women's perfume produced by the brand "Dolce and Gabbana" in 1992, and 2 years later, the men's version of this perfume was unveiled by this famous Company.

"Light Blue" for women and men is considered the most famous and popular D&G perfume.

Giorgio Armani is a famous Italian brand worldwide, which owes much of its fame to its unique designs for men's clothing.

The Italian brand, which presented its first menswear collection in 1975, gained even more fame after the release of the famous movie "American Gigolo" because one of the movie's main characters was helped by Giorgio Armani's unique designs in choosing his clothes.

The first perfume of this brand, which is still one of the most successful perfumes in the world, was launched under the name "Giorgio Armani Beauty for Women" in 1982, and its male version was released in 1984.

Givenchy began its career in fashion, accessories and fragrances in 1952. This French brand quickly took a big step into the fashion industry by combining French art and American Luxury.

The first Givenchy perfume was introduced in 1957 under the name "Le Interdit," and the men's perfume of this brand was launched in 1959 under the name "Monsieur de Givenchy." Endorsed by celebrities such as Liv Tyler and Justin Timberlake, Givenchy's fragrances are one of the brand's strengths and have managed to attract many fans.

Gucci is a prestigious name in the fashion and perfume industry worldwide. The Italian brand was established in 1921.

He launched the first magical Gucci perfume in 1974 under Gucci No 1 to show off his irreplaceable power in the perfumery industry.

Since then, Gucci perfumes, like other products of this brand, have always been placed on the most luxurious store shelves, so this hundred-year-old brand has become one of the top giants in fashion and perfumery.

Guerlain is a long-standing French brand that has been working in perfumery since the beginning of its activity in 1829. At present, this brand has trendy cosmetic and skin care products all over the world.

The almost two-hundred-year-old brand designed "Imperial" perfume to celebrate the marriage of Queen Eugenie and Napoleon III. Cleverly decorating the perfume bottle with bees made the bee the symbol of this Company.

Guerlain is one of the few brands that has received the prestigious Living Heritage Company award from the French Ministry of Industry and Economy due to its unique knowledge of the production of various products. "La Petite Rob Noir," "Le Homme Idyll," "Terracotta," and "Meteorites" are considered among the most popular perfumes of this brand all over the world.

Hermès is a French company producing perfumes for over 150 years.

This famous brand, which launched all its works with exceptional knowledge and creativity, started its activity in accessory production in 1837. In 1961, it unveiled a women's perfume called "Caleche" to show its genius in combining scents.

We can consider the "Eau de Hermès" perfume as the turning point of Hermès perfumes, which has always been the attention and welcome of fans of perfumes and cologne since its production.

The permanence of a particular perfume from a brand is always considered to mean combining knowledge and art and understanding society's taste in producing that perfume.

Hugo Boss is one of the oldest German companies in men's and women's casual, sports and formal clothing. In addition to its trendy clothes, it also produces perfumes, eye makeup products, and watches.

In 1985, this Company launched its first perfume named "Hugo Boss Number One" and made a splash in the fashion industry.

14. Lancôme is a French brand under the L'Oréal group.

Lancôme was launched in 1935 with the symbol of the rose and joined the L'Oreal family in 1947.

Lancôme started its activity in perfume production from the beginning to attract the attention of the owners and fans of this industry at the 1935 Brussels World Fair in Belgium by displaying five extraordinary perfumes.

This French Company also produces cosmetics and skin care in addition to perfume.

It can be argued that "Magic Noir," "Climate," and "Tresor" are among the most magical Lancôme fragrances that have always had unique fans around the world and have never gone out of fashion.

French Lalique, which has many fans, started its activity in 1888 with the production of glittering jewelry. Lalique gradually shifted its focus from making jewelry to producing luxury perfume bottles because, at that time, it was common for many people to buy small and beautiful bottles to store perfumes.

Lalique's artistic endeavors continued until the Company unveiled its first luxury fragrance in a sculpted bottle in 1994. "Lalique Anchor Noir" and "Lalique Pour Homme" are still among the most popular Lalique fragrances worldwide.

Mont Blanc is one of the German luxury brands that started its activity with the production of luxury pens in the world in 1910; by producing an extraordinary and luxurious cell, it chose the white star symbol taken from the peak of Mont Blanc in the Alps.

In 2001, this Company started producing perfumes, luxury stationery, and leather goods. For this reason, it unveiled the fragrances "Presence for women" and "Starwalker for men" this year, along with Starwalker pen and Timewalker men's watch.

Pakoraban is considered a prominent brand in the perfume world. Its founder is a Spanish-French person.

This professional brand started its fashion, clothing and jewelry activities in 1966. In 1969, it did a great job in the world of perfumes and fragrances by unveiling its first women's perfume called "Calendar."

Special bottles and perfumes with new and enchanting scents are among Pakoraban's strengths.

Parfums de Marly is a French brand created by Julien Sprecher in 2009. This young man and his colleagues were all in love with perfume and perfumery to the extent that they produced unique fragrances with a fantastic combination of 18th-century France with modern dreamy scents and launched them on the market.

Tom Ford is a prominent American brand in the world of fragrance, which in 2005 unveiled its first personal brand separate from Gucci and Yves Saint Laurent, which it had once joined.

After that, the collection of "Private Long" perfumes and one of the best of them, "Purple Patchouli," achieved stunning success in gaining customer satisfaction so that Tom Ford could always stay among the top brands of perfume production and sales perfumes around the world in recent years.

The Versace fashion house started its activity in 1978 with the production of women's clothing and quickly achieved significant success.

This Italian brand, which has a global reputation in clothing and fashion, decided to unveil its first women's perfume, named "Gianni Versace," in 1981.

Since then, with its collection of women's and men's perfumes, it has always been able to take place among the most luxurious fragrances in the world.