The history of perfumery in the world and Iran 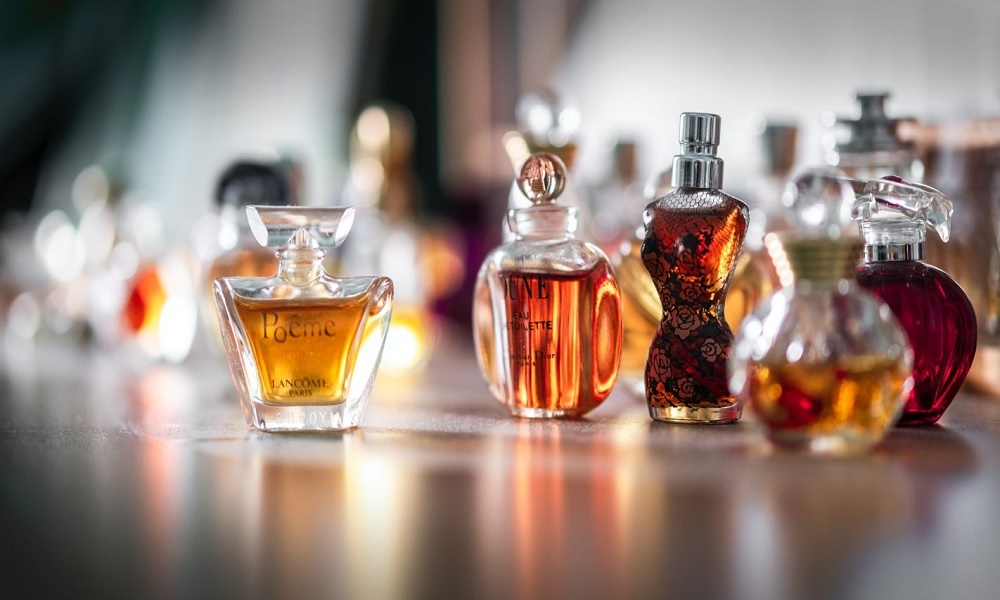 The history of perfumery in the world and Iran

Perfume or cologne, along with other fragrances, is one of the most used factors today.You may have asked this question, when did the perfumery industry start? What are the ingredients of perfumes and colognes? How are the names of perfumes determined? What is the classification of perfumes and colognes based on? When and in what country did chemical perfumes start? And countless other questions that may come to your mind in this regard.

It is interesting to know that the preparation of vapo perfume and the extraction of aromatic essences has a long history. Rose water, as well as distillation tools, have existed in Iran and ancient Rome for a long time, and it shows the use of perfumes and fragrant substances in human history, especially in the history of Iran. 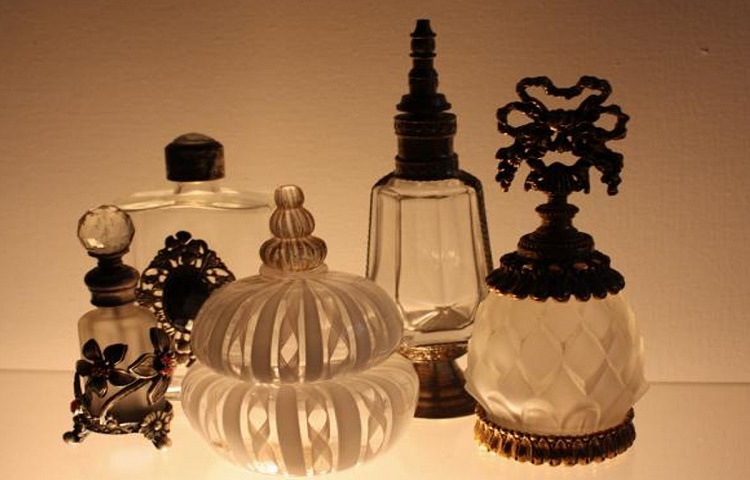 In the 16th century, a book was written which, about 60 aromatic plants were introduced. Aromatic plants were introduced. Since18th century, the cities of Grasse in France and Cologne in Germany have been producing perfumes and essential oils until today. Archaeologists have also discovered petroglyphs, which show ancient Egyptians producing perfume. The first perfumes were discovered about 4000 years ago in Mesopotamia.

These vapo perfumes were usually prepared by distillation. The oldest place discovered in Iran attributed to perfumery is Silk Kashan and its history goes back to 4 thousand years BC.

Distillation devices and terracotta vessels, small marble jars, which were specially used to store the produced perfumes, were discovered in Silk in Kashan. Today, Kashan is considered as one of the most important hubs of rose water in Iran.

Aromatic substances were originally very simple and only a mixture of ground spices. This soft ground powder was held together by a liquid. Later, they realized that if they soaked a spice or flower in oil, some of the main aromatic substance would remain in the oil.

In this way and from this time, famous medical oils and aromatic ointments were created. In fact, the medical oils and aromatic ointments that became popular in the AD era were created at the same time. Iran, which is considered one of the first civilizations in human history, perfumes and fragrant substances have been intertwined with its life and history since ancient times.

The reason is that Iran, for long time, has been one of the most important centers for the production of aromatic plant oils and essences, to the extent that the ancient Iranians, using their accuracy, elegance and Iranian aesthetic spirit, in the industry of making aromatic oils.

They progressed to a point where they turned the common perfume industry of that time into a fine art. By soaking flowers and aromatic plants in saturated oils and combining these oils with each other, Iranian perfumers created pleasant and attractive perfumes that were used all over the world for different occasions and conditions.

About 2,500 years ago, ancient Iranians vapo used perfumes and fragrances in an ornamental and luxurious way. Iranians used to wash their bodies daily with aromatic substances and also used aromatic elements in their drinks. Since ancient times, Iran has been one of the most important centers for the production of aromatic plant oils and extracts.

Iranian perfumers made perfumes that were used all over the world by soaking flowers and aromatic plants in saturated oils and combining them together. The role of Iranian scientists in the development of the perfumery industry Perfume production is an old and rather ancient profession, which requires high precision, skill and special knowledge.

The Egyptians, Greeks and Romans were all familiar with the methods of perfume production, but it is interesting to know that they discovered and practiced the scientific systems of distillation in the middle Ages with Iranian tools. As we said in the past, in Iran, small marble jars were discovered in Iran.

These jars belong to the 4th millennium BC, these jars were used for storing vapo perfume, and this is one of the signs of the knowledge of Iranians regarding the production of perfume. Ibn Sina was a great Iranian physician and scientist, the first inventor of the distillation method. The method of obtaining extracts from flowers using distillation, which is commonly used in the world, is used for the first time. Ibn Sina's first experience in perfumery was the use of roses. Distillation methods in the East have significantly influenced the perfumery industry and particularly chemistry in the Western world.

Zachariah Raze, a great Iranian scientist, also played a very important role in the development of the perfume and cologne industry and its development by discovering alcohol.

The History of Perfume in Ancient Rome

Although perfumery has been far from what we know today, the ancient Romans were also influenced by this industry in their time. In ancient Rome, the use of perfume was considered one of the most important cosmetic factors, and women's good smell was a sign of their health.

In addition, the ingredients in women's cosmetics smelled bad, and they tried to eliminate this unpleasant smell by using a lot of perfume. The use of perfume was very popular in ancient Rome.

These vapo perfumes were in solid, liquid and sticky form and were often made of using flowers, plants and oils and by extraction method. Distillation technology and many imported ingredients for making perfumes came from eastern countries. It was also common to use deodorants, which were a combination of white alum, lily flower, and rose petals.

Instead of perfumes, the ancient Romans preferred to use aromatic oils, which were made from flower petals, spices and other natural materials, and their origin belonged to the East and the cities of ancient Greece. The uses of these aromatic oils were quite different from what we know today.

All the raw materials used to make perfume oils came from areas conquered by Roman soldiers. For this reason, the first people who used these perfumes were Roman soldiers and traders who brought raw materials and different methods of using them with them.

Over the years, the Romans learned how to make perfume, perfume oils, perfume water and perfume powders. Also, making small perfume bottles is one of the inventions of the Romans.

The use of vapo perfume had affected all classes of society, from nobles to common people. During Cleopatra's time in Egypt, the sails of warships were smeared with perfume.

There are other anecdotes about some of the Roman emperors. Legend has it that Nero spent 24 million Euros for a private party so that the guests were showered with rose petals soaked in his favorite and expensive vapo perfume.

He was not the only person who did this. In his writings, Plutarch recounted that Caesar had arranged a feast where the dishes were prepared with aromatic oil instead of ordinary oil.

If emperors, noblewomen, and even soldiers were inclined to apply perfume to their bodies, clothes, and hair, then which great artisans introduced perfume into people's lives? According to the history of perfume in ancient Rome, there was no master perfumer in ancient Rome.

Aromatic oils were obtained as a result of the work of people who could combine different ingredients and try the result. Aromatic oils were made with available materials and these materials were changed according to the victories of the Romans in different regions and the cargo of the ships that were emptied in the ports of the empire.

The type of oil, purification steps and its purity differed according to social class. The making of aromatic oils in ancient Rome was mainly men's work, until the widespread promotion of this product among the general public and common people increased its popularity among women as well. Some sources confirm that women were also involved in perfume making. 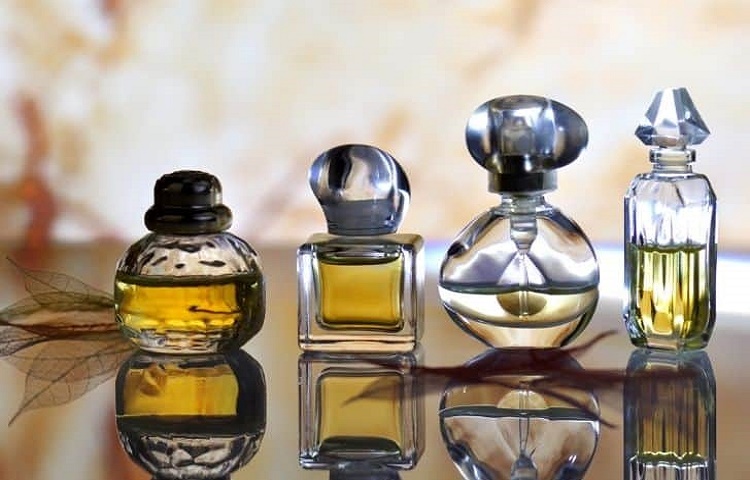 The difference between ancient and modern vapo perfumes

The major difference between today's eau de partum and aromatic oils in the ancient Roman period was precisely in the production method.

The use of alcohol and distillation instead of oils took place from the 9th century AD. According to some historical sources, Arabs introduced the distillation process to the rest of the world.

Alcohol is much more effective

It evaporates and dries quickly on the skin. Alcohol is clean and hygienic and has a reasonable price. Compared to today's new perfumes, the fat-based fragrance oils held the scent longer and did not change it.

Also, since this product was made only from natural sources in that period, it caused less skin discomfort, but the price of perfumes was much higher than today.

At the same time as perfumery, the making of perfume containers and bottles began. The oldest known perfume bottle belongs to the Egyptians. These bottles were made of stone and marble, which kept the perfume cool and the liquid did not leak from them.

Many containers have been found in the tombs of the Egyptians. Also, glass bottles that date back to the 15th century BC. The bottles found in Palestine are made of glass, and at that time glass was more expensive than gold.

Some perfume containers are also made of gold. The Greeks used their pottery to make perfume containers. They made flasks in different shapes and decorated them with geometric shapes, animal images, scenes from mythology or everyday life with black or red figures.

The most classical and common form was the "lekytus", thin and delicate glass. Europeans used many different containers to store their perfumes: glass, gold, silver, porcelain, precious stones and shells. The shape of the containers was also varied: brooches, silver earrings, necklaces or rings that were full of perfume.

In the 13th century, porcelain was used to make bottles. At the end of the 1880s, the perfume bottle industry underwent significant changes. At that time, there was a strong tendency to use floral motifs. Another trend was the use of crystal bottles with classic designs and doors made of brass alloy.

In the 1910s, the advent of psychoanalysis and new perfumes led to the creation of new bottles and perfumes. Perfumes for specific times of the day, season and people came to the market. In 1920s, American soldiers took perfume from Paris to their country, and its market flourished in America.

Several companies were founded and many designers were attracted to this field. Most of these designers did not know much about perfumery, but they knew that the way of presentation plays a vital role in the success of a perfume.

During these years, different designs for perfume bottles were invented. After the crisis of 1929, the perfume market suffered a severe recession and the design of the bottles became simpler and more conservative. the bottles were often made by machine, and their motifs were mostly taken from Hollywood movies and big cities, such as the skyscrapers of New York and...In the 1930s, the Second World War caused a decline in the quality of perfume and its distribution.

With the end of the Second World War, perfumes and perfume bottles were revived. The designs in this period were mostly feminine and romantic. Today, consumers expect perfume bottles to convey a sense of fragrance.

The bottle is the first thing that is seen and plays an important role in the buyer's decision. Designers consider bottles as an expression of perfume and try to design the bottle according to the type of vapo perfume. The use of ornaments as containers for perfumes has also become popular again.

Bayrock is a new company with ancient and Iranian roots that has been able to produce high quality perfumes with unique scents using modern knowledge. Bayrock is a producer of all kinds of world-class perfumes with modern knowledge and technology. You can search for your desired perfume from the products section on the bayrock website and read the desired product information and choose your perfume.